Deprecated: implode(): Passing glue string after array is deprecated. Swap the parameters in /home/customer/www/old.tipponline.com/public_html/libraries/gantry/core/gantry.class.php on line 1044
 Significant Bump For Obama Or Just A Dead-Cat Bounce? 
Deprecated: Function create_function() is deprecated in /home/customer/www/old.tipponline.com/public_html/libraries/gantry/core/gantry.class.php on line 1043

Significant Bump For Obama Or Just A Dead-Cat Bounce?

IBD/TIPP Poll: Some polls show a nice bounce for President Obama after the death of Osama bin Laden. Others don't show much bounce at all. Put us in the latter camp.

Preliminary results from the IBD/TIPP Poll under way this week show the president's job approval rating ticking up to 46% from 44% in last month's survey. His disapproval rating remains at 48%. The share of Americans giving him an "A" or a "B" for his overall performance so far is also unchanged at 38%.

This is similar to a CNN/Opinion Research poll taken Monday in which Obama's approval rose just one point to 52% from readings taken last week ahead of the announcement of bin Laden's death.

It differs sharply, though, with results released Tuesday by the Pew Research Center and the Washington Post that found 56% approving of the president's job performance vs. 47% last month and a New York Times/CBS News poll released Wednesday showing an 11-point jump for Obama to 57%.

As with the Times/CBS poll, the small improvement in IBD/TIPP came in large part from Republicans. Their opinion of Obama's job performance rose from 8% to a still-low 12%. In the Times/CBS survey, Republican approval rose to 24% from 15%.

The president fared better in the IBD/TIPP survey when respondents were asked about his leadership. Those giving him "very strong" and "strong" ratings improved 7 points after the success of the bin Laden mission. Obama also enjoyed a 6-point bump for his handling of the Afghan war. 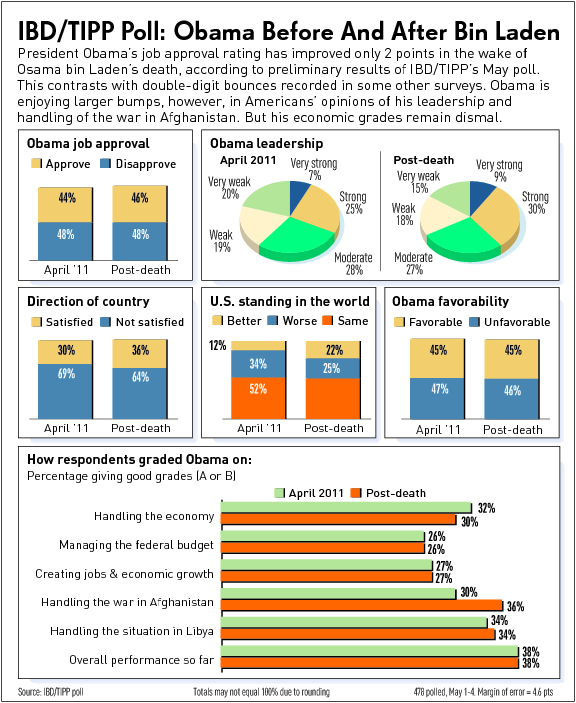 Opinions of America's standing in the world (up 10 points) and general direction (up 6) also appear to have benefited from the bin Laden news.
mp3Subscribe to the IBD Editorials Podcast

None of the polls showed an Obama bump rubbing off on opinions of his economic stewardship. In fact, his handling of the economy received lower post-bin Laden grades in both the IBD/TIPP and Times/CBS surveys. The Times/CBS poll showed just 34% approving of how Obama is grappling with the nation's high jobless rate, debt crisis and rising gas prices. Last month, 38% approved. The drop in the IBD/TIPP poll was two points to 30%.

Many analysts believe these economic ratings are far more meaningful when it comes to Obama's prospects for re-election than any transitory bumps he gets in job approval from the bin Laden success.

For investors, the most meaningful input about Obama may not come from public opinion polls at all, but rather from that big voting booth called the stock market. It hasn't gone without notice that the market, as measured by the S&P 500, has fallen every day — and by a larger percentage every day — since the supposedly great bin Laden news broke.

Some cynics, fed up with the administration's anti-business bent, note that this may be due to another CNN poll finding — that most Americans now believe Obama will be re-elected in 2012. In January, most thought he'd lose.