Terror: Iran is speeding up its nuclear materials production and moving it underground amid reports that the regime is eight weeks from atomic bomb capability. Doomsday, anyone?

Tehran announced Wednesday that it will triple its production of high-grade uranium and relocate enrichment operations underground.

This comes just days after the Rand Corp. determined that the Islamofascist government is less than two months from being able to build a nuclear explosive, and that only an occupation force — not just airstrikes — can stop it.

On Friday, Iranian President Mahmoud Ahmadinejad repeated his demand that Israel go away. "As long as the Zionist regime exists, if only on a small piece of land in Palestine, the region will not see tranquility," he declared at the grave of the Ayatollah Khomeini.

Year after year, the American people have made it clear they view a nuclear Iran as an unacceptable risk, and the most recent results of the IBD/TIPP Poll, shown above, found that those sentiments remain strong.

Yet the poll also shows a loss of confidence in our government's ability to prevent this terrorist-sponsoring state from joining the nuclear family. 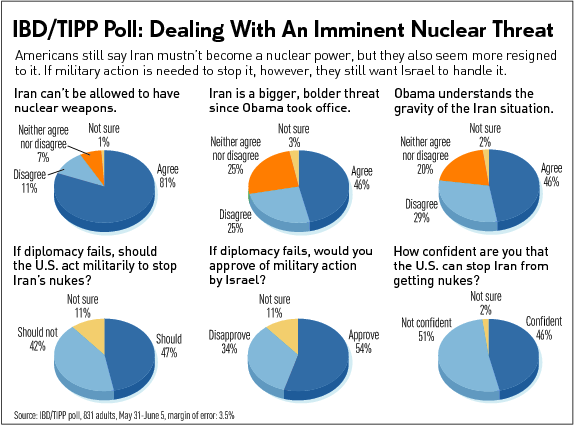 In the years during which Iran has moved toward weapons of mass destruction, the free nations have irresponsibly played a kind of nuclear "hot potato," expecting someone else — usually Israel — to stop Tehran. But Israel itself is not immune to the trigger shyness: Last month, ex-Mossad chief Meir Dagan said an Israeli attack on Iran would be a "stupid thing."

The fact remains that in eight weeks, thanks to all the dithering, a fanatical Islamist state may have nukes, along with missiles to carry them — and terrorist friends willing to smuggle them across borders.

How does the free world respond to this latest series of seemingly never-ending disturbing events in Iran? "This announcement is a provocation," deduced the French foreign ministry regarding the tripling of uranium production. No kidding, Inspector Clouseau.

And the leader of the free world? At a press conference with German Chancellor Angela Merkel, President Obama said Tuesday:

"We agreed that if the International Atomic Energy Agency this week determines again that Iran is continuing to ignore its international obligations, then we will have no choice but to consider additional steps, including potentially additional sanctions, to intensify the pressure on the Iranian regime."

He'll think about more of the sanctions that for years have served to apply no pressure at all on the fanatics ruling Iran.

This is a Hitler moment for the world — except that Hitler couldn't incinerate a city. And as in the 1930s, the free world is in a dangerous daze.